In Memory of
Douglas Charles
Cryderman
1931 - 2021
Click above to light a memorial candle. 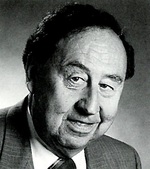 Cryderman, Douglas-
Doug Cryderman died on March 26, 2021 at the Civic Campus of the Ottawa Hospital. Doug C. Cryderman was born at Osnabruck Centre, Ontario on April 27, 1931. Beloved son of the late Fred and Edyth Cryderman. He attended Wales High School and Cornwall Collegiate and Vocational School. He received a B.Sc (Chem Eng.) from Queen's University in 1952 and a LL.B. from the University of Ottawa in 1962. Prior to attending Law School, Douglas was Assistant Engineer and Superintendent of the Highway Department of the United Counties of Stormont, Dundas and Glengarry and a Patent Examiner in the Canadian Patent Office. Since receiving his call to the Bar of Ontario, Doug practiced primarily in the area of Intellectual Property Law, including patents, trademarks, copyright, industrial designs and technology transfer, except for the period from 1983 to 1992, when he was Vice President of Canadian Patents and Development Limited. In serving the public sector through the Federal Department of Justice his responsibilities involved, inter alia, providing advice to the Department of Supplies and Services of the Government of Canada on its procurement contracts, particularly those dealing with research and development software. Doug returned to private practice, and retired in 1999.
Douglas Cryderman is a United Empire Loyalist descendant, both maternally and paternally, from the Cryderman family who arrived in Canada near Cornwall, Ontario in 1784. Due to the current pandemic, a celebration of Mr. Cryderman's lfe will be held at a later date.
Thanks to the staff at the Civic Campus of the Ottawa Hospital for their excellent care.
In memoriam donations to the Ottawa Hospital would be appreciated. Online condolences may be made at www.brownleefuneralhomes.com.