In Memory of
Alexander Lumsden
Thomson
1935 - 2022
Click above to light a memorial candle.
Memorial Candle Tribute From
Brownlee Funeral Homes Inc.
"We are honored to provide this Book of Memories to the family."
View full message >>>
Send Flowers
Plant a Tree In Memory of Your Loved One
Click Here
Menu 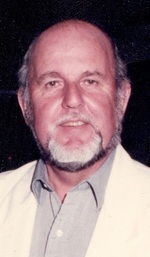 Thomson, Alexander Lumsden
March 10 1935 - February 25, 2022
Peacefully in Cornwall Community Hospital, leaving his
wife, Barbara Joan (Hamilton), family and friends to mourn
the loss of Alex’s life and his love of making music.
Alex pursued his music studies at the Royal Scottish
Academy of Music and Dramatic Arts in Glasgow. In the
50’s he was hired by the Protestant School Board of
Greater Montreal. From Verdun he later moved to
Beaconsfield on the Lakeshore, and once more to the
expanding North Island Regional School Board. In each
locale, Alex developed music programmes starting from
small classes and creating large bands of 100+ students
performing in venues such as the opening of Expo 67, the
lighting of the Peace Flame in Ottawa, plus travelling
every spring on concert tours of The Netherlands,
Belgium, France, Britain, Sweden Germany, Hungary and Australia.
Alex’s focus included vocal music as well. He sang and
played the organ in Melville Presbyterian Church in
Westmount, Quebec, became the Music Director and
organist in Union United Church in Ste-Anne-de-Bellevue.
When his teaching took him to Rosemere, he continued to
play the organ and develop choirs in Deux Montagnes
and Ste.Therese as well as Rosemere United Churches.
Then in the evenings, he added the role of conductor with the Lakeshore Light Opera Company which performed
Gilbert and Sullivan works. And these are only a few
highlights of his working career.
When he and his wife chose a hobby farm in Eastern
Ontario for a retirement home, he was no sooner
unpacked when he was lured into St. Matthew’s
Presbyterian Church in the nearby town where the choir
blossomed from 7 to 20 singers in short order. He
directed the Seaway Valley Singers for a few years, was
Guest Conductor of the Seaway Winds Concert Band for
one winter season, and “for fun”, he said, he was one of a
panel of judges at the Talent Shows at several local fairs.
Wherever Alex was, the joy of making music left a trail of
smiling faces. Following his wishes, cremation has taken place, and
plans for a memorial service will be shared later in the
spring.